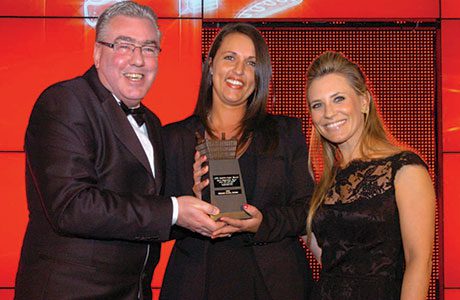 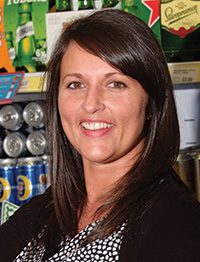 • Clare has been with Spar for 15 years. She began as a general assistant at Glamis Road while still at school, later managing a store in Newport. She has managed Orleans Place for six years.
• The Post Office joined the store in 2007. In August 2014, the store switched to Post Office Local, with shop staff taking on duties.
• A refit of the store was carried out in 2013, completely changing the layout, reducing the floor space and introducing a stock room on the ground floor.
• The store has faced competition from Asda, which opened a new supermarket nearby in 2013. 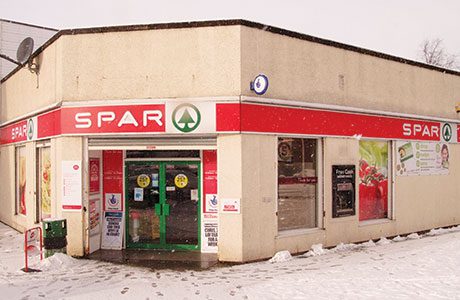 THE Menzieshill district of Dundee has suffered in recent years. It has figured in Scottish government lists of deprived areas, has high levels of unemployment, includes people with problems of addiction, and has recorded instances of underage drinking.
All of that is likely to present any local store with challenges but the team at the local Spar in Orleans Place – winner of the Scottish Grocer Social Responsibility Award 2014 run in association with Diageo – takes the issues of responsible retailing very seriously.
Clare Narey, manager of the CJ Lang-owned store, oversees a thorough approach that includes, among other things, regular and comprehensive training and the use of state-of-the-art information-providing equipment.
“Every time you scan something that’s age restricted – that applies to the lottery and cigarettes as well – it’ll automatically flash up on the till, prompting them to check for ID,” she said. And staff enter details of any refusal to sell a restricted product on the till itself as part of a system that effectively records incidents twice.
“Every time the staff refuse a sale they’ll mark down the date, the time, the product and the reason in the Sale Refusal Record. I’ll print off a list from the till so I can then balance it against the book to make sure that they’re writing it there as well.
“I think Spar wanted just to have the one that comes off the computer, but I’m pretty sure the licensing board likes the paper copy.”
Most refusals are made because a customer can’t prove their age or because they’re trying to purchase alcohol outside of licensing hours. Occasionally someone may be refused because they’re drunk.
And sometimes it can seem that an adult customer may be intending to supply restricted items to children. 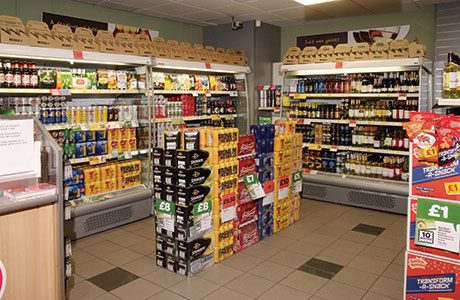 “That’s always the most difficult one, because how do you prove it?” Clare said.
But staff are trained to stay alert on the issue, to look, for example, for purchases that seem unusual in some way.
“Certain staff are on the till every day and serve the same customers every day and sometimes there are situations where something will niggle in the back of your mind,” she explained.
“We had a customer just recently who we suspected was passing cigarettes because he’d started buying a different brand. I followed him out the store, and right enough, he was passing them out to kids. So I just hauled him up there and then. I spoke to the school kids as well and told them I’d be phoning the school. He came back later on and apologised, but we made the police aware and left it up to them to deal with.
“The things to watch are something like someone coming in and asking for a bottle of vodka and a half-bottle of vodka and wanting to pay for them separately. That’s when you have to stop and think.”
The store enjoys a good relationship with the local police, community wardens and licensing authorities, and has participated in a number of initiatives aimed at tackling anti-social behaviour and underage drinking.
“We were asked to trial a bottle-marking scheme at a time when the police were taking a lot of drink off the kids,” Clare said. “Nothing they found ever came from us, so that was a bonus. It puts you on the spot, but it lets us know staff are doing their jobs.”
The store’s excellent responsible retailing performance is down, in no small part, to good communication. Clare makes sure her staff are well-trained and well-informed.
“If something’s going on, the staff need to know about it there and then,” she said.
“If new legislation or a new policy is brought in it’s up to us as managers to implement that. Normally we’ll be told by email, and what I would do is print that email off 14 times and give it to each member of staff. They read it, sign it and date it. I’m very keen on getting names and dates on things. And then I file that in their training files.
“If there’s someone who’s only been in the company a couple of months, they’re the one I’m going to focus on because you always worry, because they’re less experienced, that they might slip up.
“We do have to make sure the people we’re choosing to put out on the shop floor and behind the tills are going to put into practice everything that we give them,” she said.
“That’s why I do a lot of extra stuff with them, communicating with them all the time and making sure the supervisors are passing on information to them. I need them to do what I’ve trained them to do.”
Clare’s training efforts and successes have been acknowledged by CJ Lang, who asked her to help when developing an e-learning course for new staff on the very subject of social responsibility.
“There was a lot of input from me when we were building the storyboard, thinking about what we need our staff to know when they come into the store,” she said.
“It’s all right for someone in the training department to say we’ll do this or do that, but it might not be practical to put it into the store. So they needed someone to say how the training is done on the shop floor. I’m a very honest person. If I think something won’t work in store I’ll say so.” 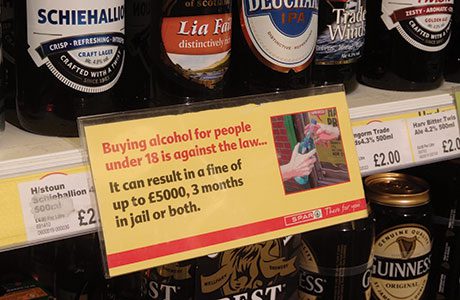 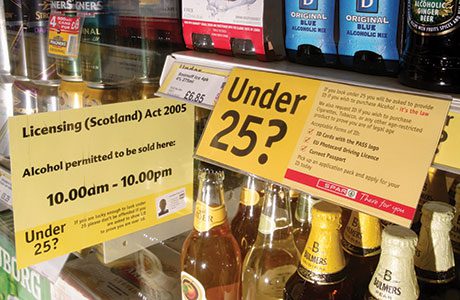 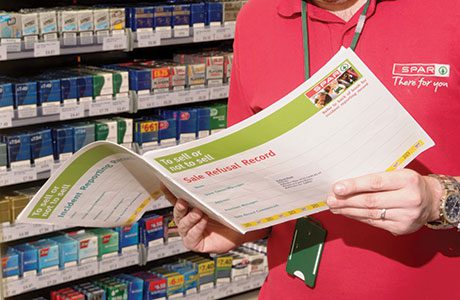