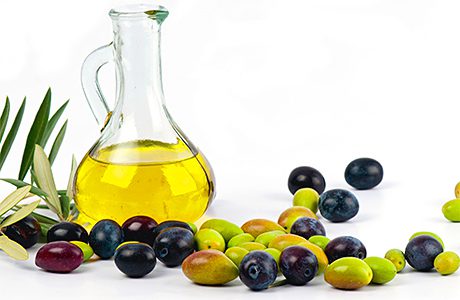 LISTEN to the radio early in the morning and you are likely to hear financial commentators talk about the price of oil.

Usually they’re discussing the stuff that will eventually be used in the petrochemical industry.
But culinary oil, especially olive oil, can be just as volatile a commodity market as Brent crude.
And its price fluctuations will eventually make their way though to shop and supermarket shelves and have an effect on the market for all cooking oils.
At present it looks as if we could be facing olive oil price increases – mostly due to the rain in Spain or, to be more accurate, the lack of it.
Specialist olive oil publication and web site Olive Oil Times recently explained that the hugely important olive oil production area of Andalucía, in the south of Spain, had a very good year in 2013 compared to the preceding 12 months. But more recently the situation has been much more difficult.
Andalucía had celebrated a huge increase in exports in olive oil in the first half of 2014, it said.
Totals between January and June this year reached 1.07bn Euro.
That was a huge increase – some 76% – on the previous year.
Andalucía is the biggest olive oil production area in Spain. And massively increased exports from Spain, especially to the United States where the amount tripled, meant it overtook Italy as the world’s leading olive oil producer.
But that very success combined with a severe drought in recent times is making life much more difficult for Andalucían olive growers. Olive trees become exhausted when they produce very large crops.
This year the crop is expected to be perhaps 40% lower than last year.
And that in turn is likely to increase the price of the oil on the world market. Increases are likely to work through to shops in the UK.
The Olive Oil Times said olive oil futures (prices agreed for large deals where settlement takes place at the agreed rate at a future date) are at their highest for more than a year. Its website report suggested it could increase consumer prices by around 40p a litre.
Other reports have suggested bottlers are already paying up to 40% more for their oil than earlier this year.
If price increases do take place it could, of course, work to the benefit of alternatives such as rapeseed oil.