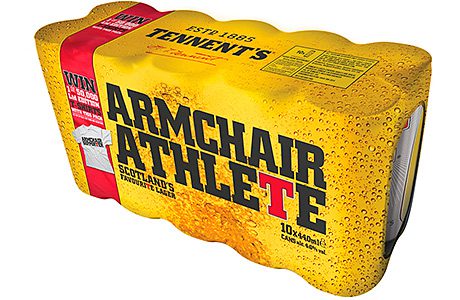 TENNENT’S has revamped its packaging to maintain what the company calls “its status as a modern icon”. There is also a range of special packs to take advantage of 2014’s spectacular summer of sport.
UK roll-out began last month and will be supported by an on- pack promotion running from now until October 2014.
The summer packs have the slogans “extra time”, “armchair athlete”, “armchair supporter” and “nae tickets”. Consumers can enter an on-pack competition to win one of 50,000 limited edition slogan T-shirts, promoted by in-store posters.