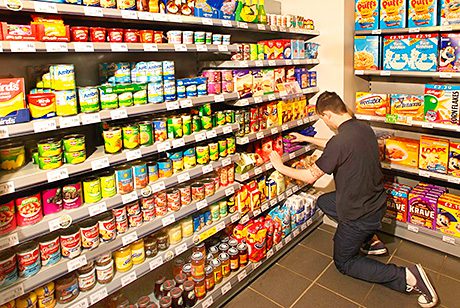 SCOTTISH retail sales rose by 0.7% in February compared with the same month last year. Total food sales were up 2% and the decline of non-food sales slowed to 0.5%. It’s the third month in a row to show sales growth.
David Martin, head of policy at the Scottish Retail Consortium, welcomed the figures. “This is an encouraging result with February being the third consecutive month of Scottish sales growth and the best three-month average in nearly two years. However, total sales didn’t measure up well against those in January and in real terms were down 0.3%. This reminds us that the economy and trading environment remains fragile,” he said.
“Non-food sales continued to rebound in February, showing the strongest performance since March 2012 if pre-Christmas trading is excluded.”


However it’s not all good news: “The gap between Scottish sales growth and that for the UK as a whole widened again in February returning to what has been the norm for around two years. All in all, however, this is a satisfactory showing and should be welcomed with cautious optimism.”
David McCorquodale, head of retail at KPMG, added: “A third consecutive month of growth will give retailers reasons to feel fairly upbeat as we head into spring.
“The tendency for Scottish schools to take shorter half term breaks than their English and Welsh cousins meant that non-food sales didn’t quite feel the uplift seen in the south. However, the decline was not as steep as it’s been for some time and will be viewed with some relief.”
With wintery weather during the month, comfort food performed well. Traditional roasts and root vegetables, fresh beef and bacon all enjoyed an uplift in sales. Mother’s Day gifts helped home accessory sales while Valentine’s Day was good for health and beauty categories. On a less romantic note, customers looking for cold and flu remedies also boosted that category.