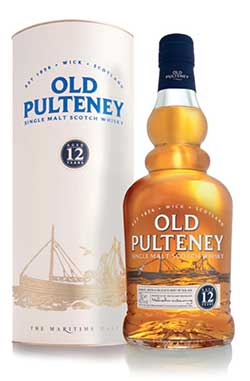 SCOTLAND is the home of Scotch whisky, of course. And, even though Scots have actually spent more on vodka for many years, whisky is still very important indeed to the Scottish off-trade.
And, in both blends and malts, whisky has been a very competitive market indeed.
In the most recent year the sales decline in value whiskies continued with High Commissioner and some of the supermarket company specials showing falling totals.
But at the top end of blends the clear 2013 winner in the Nielsen findings is The Famous Grouse – with sales up 13% at a time when its closest rivals were down.
And The Famous Grouse was joined in growth by its spin-off brand the Black Grouse. From a much lower base Chivas Regal grew by 28% to be knocking on the door of £1m sales.
Many Scottish off-traders now carry a range of malt whiskies. And in 2012 the malt market provided much to consider.
Glenfiddich which had shown healthy growth in 2011 was down sharply in 2012. It was a similar story for Isle of Jura.
Glenfiddich has been pushing a wider variety of its malt expressions in recent times, which might possibly be cannibalising some of its core sales and its William Grant’s stablemate brand Balvenie showed growth so it was a mixed year for the company’s malts portfolio.
But the Glenfiddich decline allowed Glenmorangie which was itself down slightly over 2012, to grab top spot in the Nielsen Scottish off-trade listing.
Aberlour fared very differently. Down in 2011, it stormed back in 2012 – showing 22% growth. Highland Park was up a very substantial 26% over the year.
And Old Pultney, the “maritime malt” range that was revamped a couple of years ago seems to be reaping the benefits of that work with a 15% increase, which meant it confirmed its status as a malt worth more than £1m in sales for the Scottish off-trade.
Among the biggest Scottish off-trade declines measured by Nielsen in 2012 were the best-selling Islay malt Laphroaig which saw its sales drop by 15%.
And Macallan Fine Oak was said to be down very considerably indeed – dropping 45% from a sales value of over £1m to less than £600,000.